A Day Away: Labor Day Saturday in Spencertown and West Stockbridge 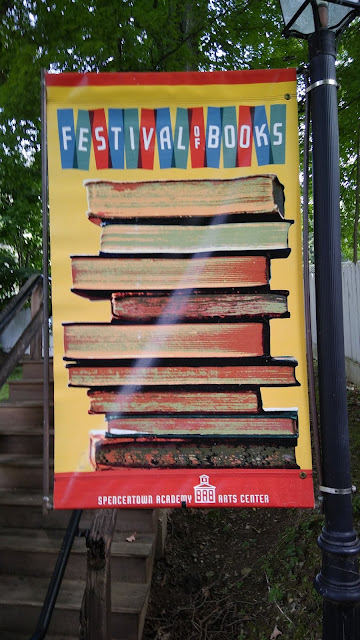 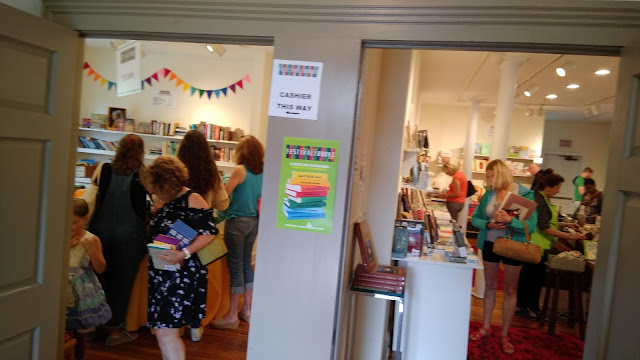 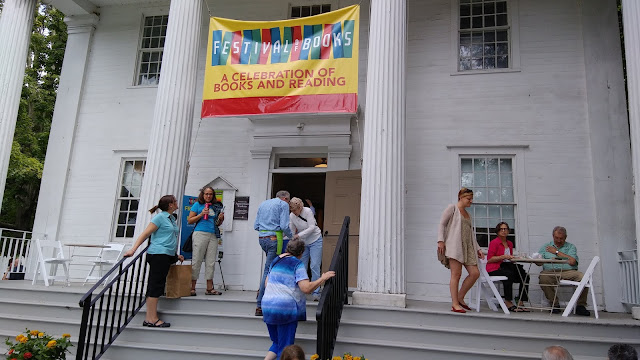 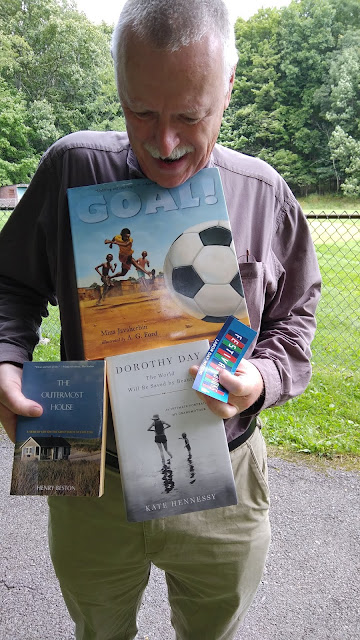 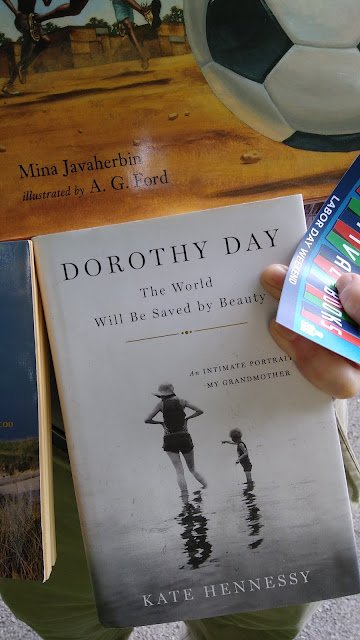 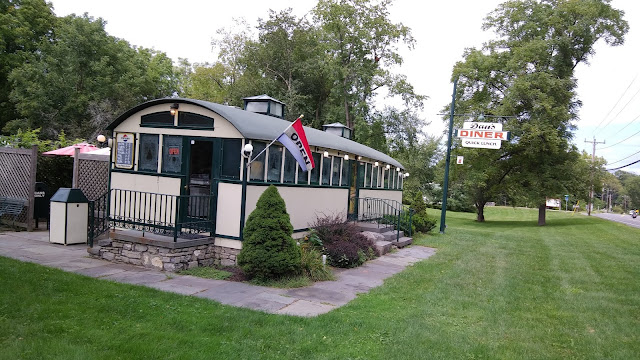 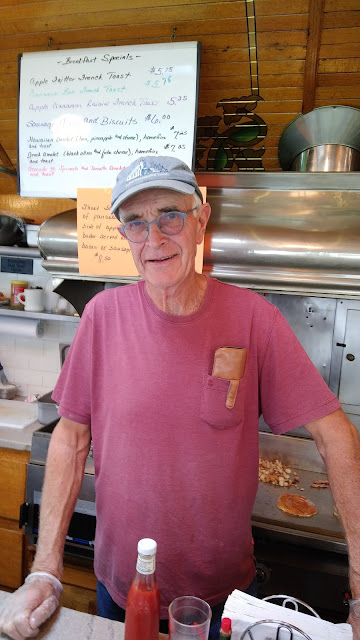 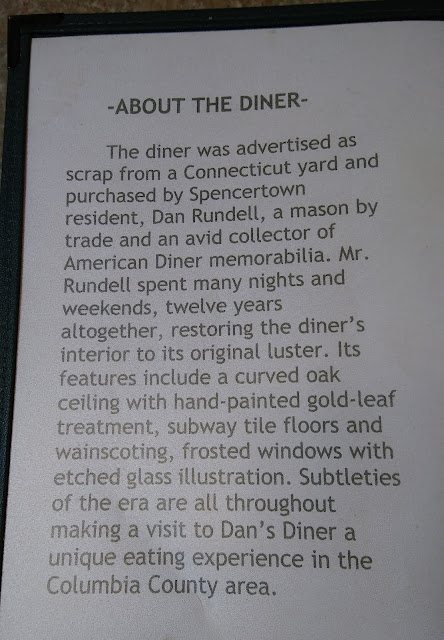 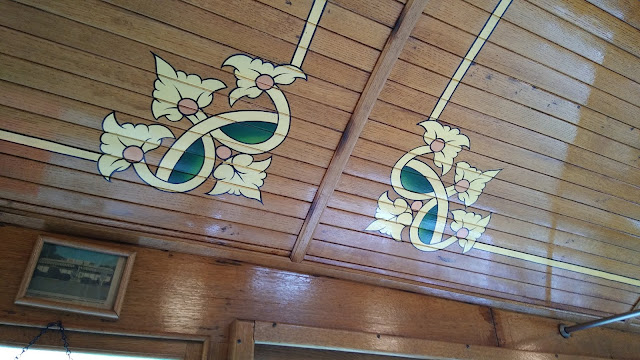 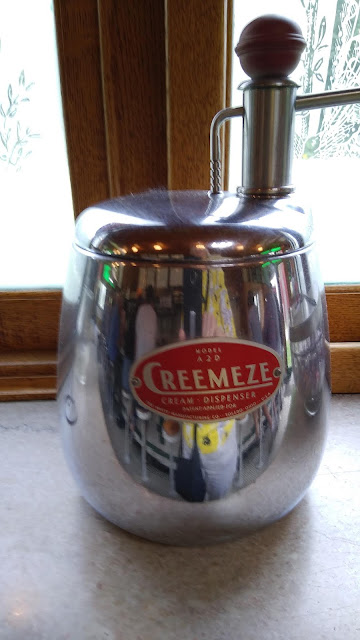 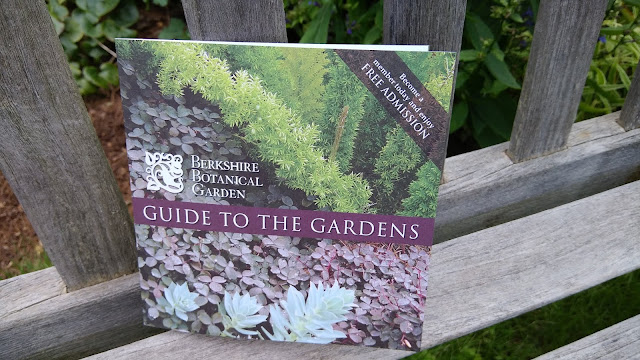 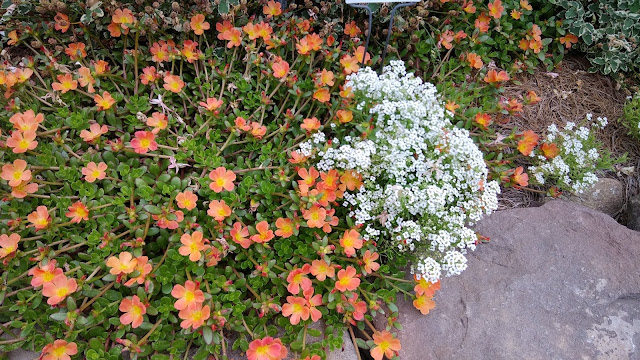 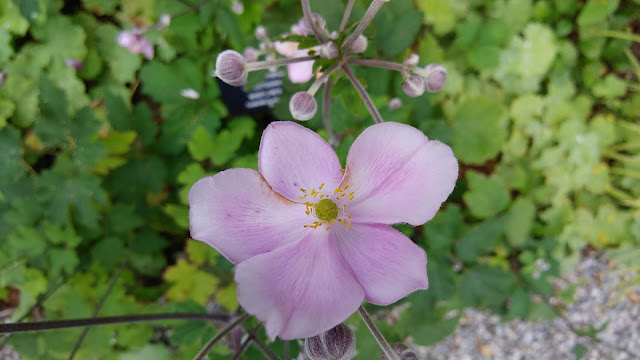 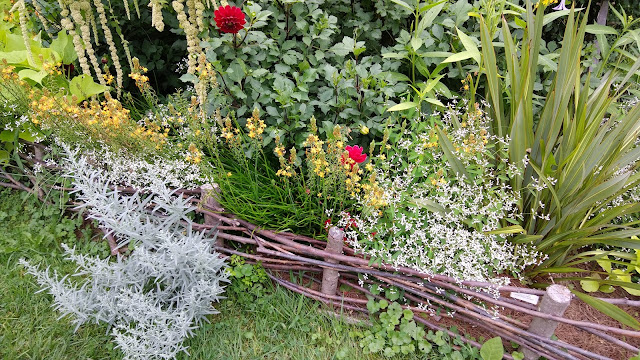 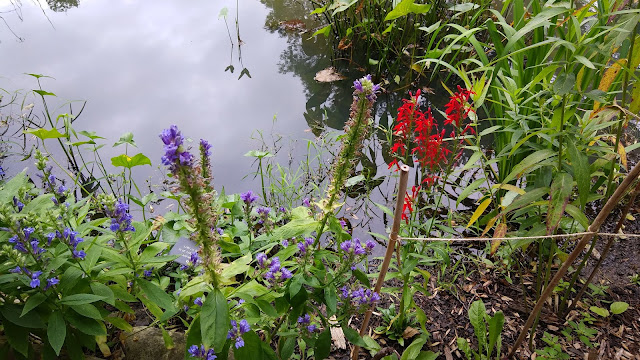 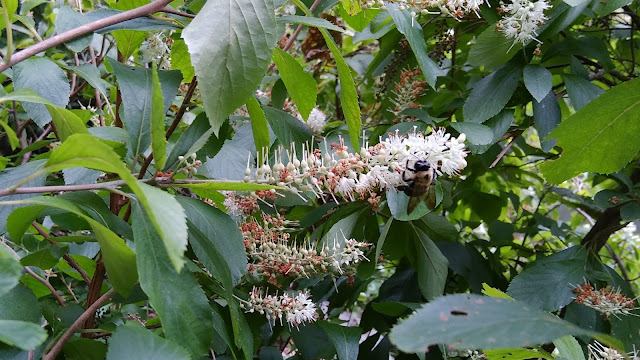 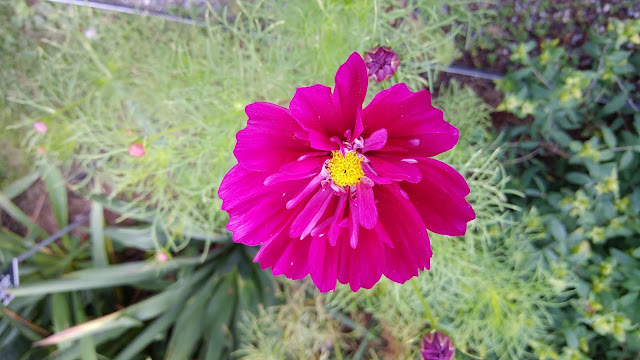 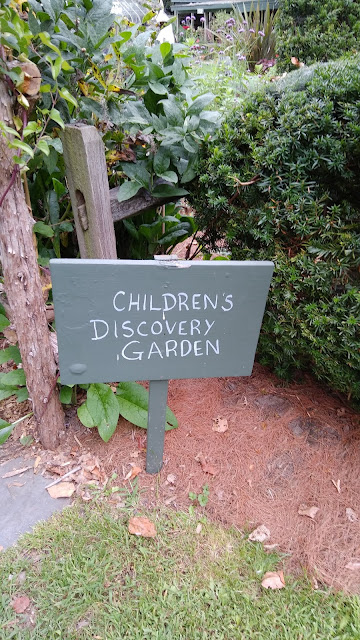 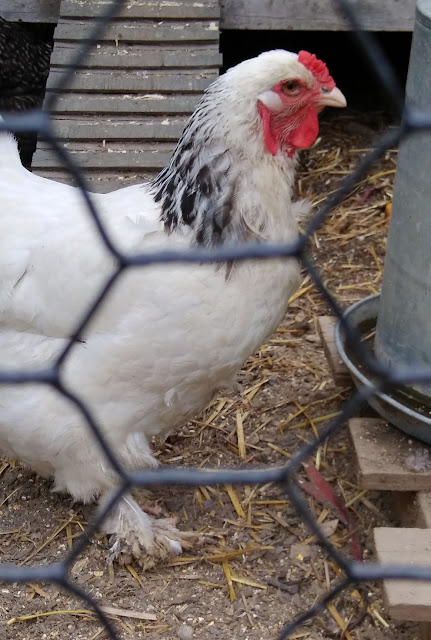 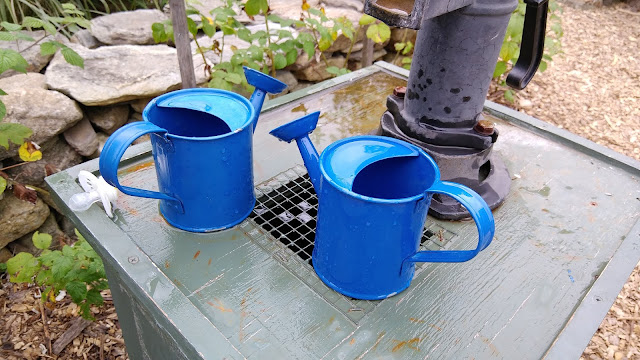 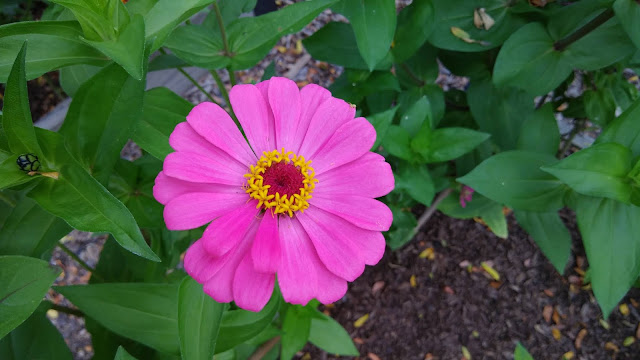 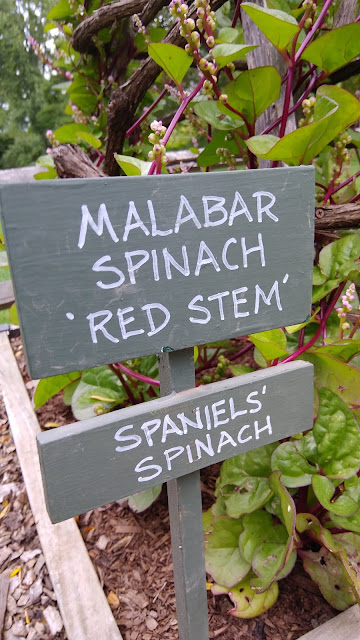 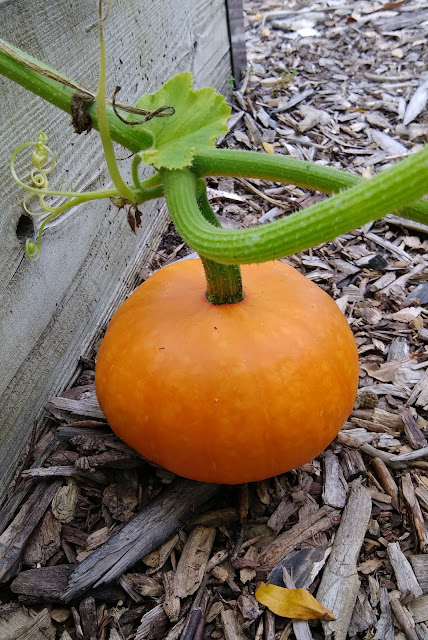 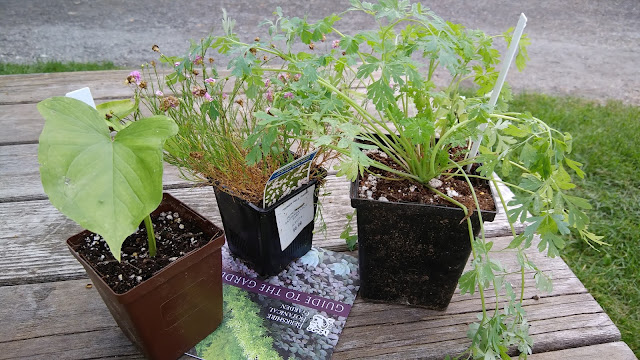 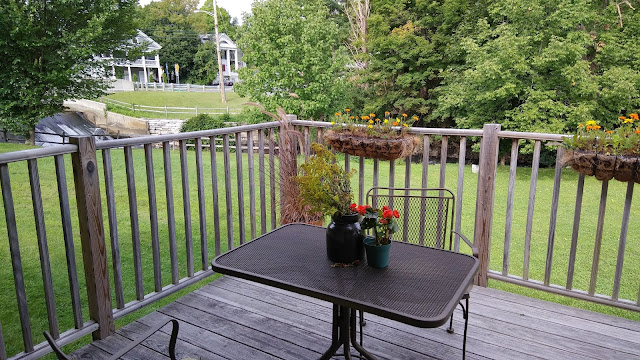 The Handsome Husband and I were looking for a low-key way to spend part of our Labor Day weekend, and so decided to check out the Festival of Books at the Spencertown Academy Arts Center in Columbia County. The drive there was about an hour from Malta and took us through some pretty upstate New York countryside.

The festival featured a large used book sale and some author talks. The HH and I both enjoy browsing through good books, but on Saturday, the first free admission day of the sale, we found the prices were a bit high. (Later in the weekend, the prices drop.)

But on this day, we limited our purchases to just three books. I chose a paperback edition of The Outermost House, a book by naturalist writer Henry Beston, originally published in 1928.  It chronicles a season Beston spent living alone on the dunes of Cape Cod. I have been meaning to read this for a while. Now I can do so at my leisure.

My second purchase was a children's book that I will take with me to Uganda next Easter. The school I will visit there has a tired library of well-worn donated books, not all of which are appealing to young African students. I think this book about kids playing soccer will interest some of them.


But the real find of the day, by the HH, was this one:


Dorothy Day: The World Will Be Saved by Beauty: An Intimate Portrait of My Grandmother , by Kate Hennessy. My HH spent part of his vagabond youth with Catholic Worker folks, and this book was one he looked forward to reading. It is in great condition.


From the book sale, we headed generally in the direction of the Berkshire Botanical Garden, stopping first for lunch at Dan's Diner in Chatham. What a labor of love that place is! The charming 1925 diner was purchased by Dan Rundell from a Connecticut scrap dealer. Dan, a mason, spent twelve years restoring it. And what a thing of beauty it is. Dan was there on Saturday, helping with the lunch crowd. I told Dan how much I admired the work he had done, and asked him how he had enjoyed the experience. The one thing he hadn't counted on, he said, is that he would grow old.
Yes, I can relate to that.

At the Botanical Garden, HH and I parted ways. We arranged that I would tour the gardens for two hours while HH went on to check out Stockbridge. The only details I heard about his visit there were regarding a cool draft Guinness in the bar of the Red Lion, which he described as, "very pleasant."

I, too, had a pleasant time, checking out what was blooming on that end-of-summer weekend. My own garden has become a bit ratty over this wet, hot summer. However, I felt less guilty about it when I saw some similar signs of strain in this professionally maintained garden. Their hosta, too, is well-chewed by slugs, and certain other plants looked just plain tired of living. But most of the garden was full of things to admire and to learn from and to be inspired by.

Four things that I saw there that I want to add to my garden next year are: windflowers (they were looking especially lovely on Saturday), and a summersweet shrub (oh, the scent was lovely and the blossoms  were so full of bees) and lots more simple zinnias. Those at the Berkshire gardens were holding up well and offered bright splashes of color just where that was needed. I also want to try malabar spinach which not only sounds tasty but grows as a colorful, interesting-looking vine.

Outside the education building, I found a flat of assorted unfamiliar plants with a sign that said,  "Free, help yourself!"  So I did. Here is what I brought home with me:

I enjoy discovering new plants to tuck into my garden, especially when they are free!

Our last stop before heading home was in West Stockbridge at (wait for it) a book store. What can I say. It's an illness and we are co-dependent.

Shaker Mill Books has a lovely, shaded porch that overlooks a nearby mill stream and an interesting assortment of new and used books. The HH  bought three.

So now, as fall begins, we are well-stocked with books and I have plenty of garden inspiration to mull over through the winter ahead of us.

I hope your Labor Day weekend was a good one, too.  Thanks for stopping by. 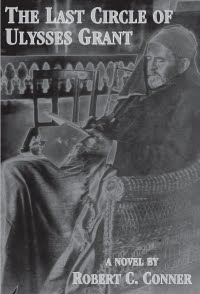 The Last Circle of Ulysses Grant

General Gordon Granger: The Savior of Chickamauga and the Man Behind "Juneteenth", by Robert C. Conner. Find a copy at your local bookstore or click on the photo for a link to Amazon.
Planning a visit to central Oregon?

Stop in at one of my son's restaurants: 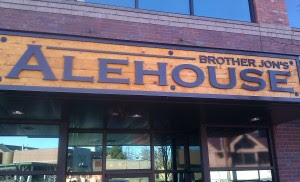 On the deck at Brother Jon's Public House 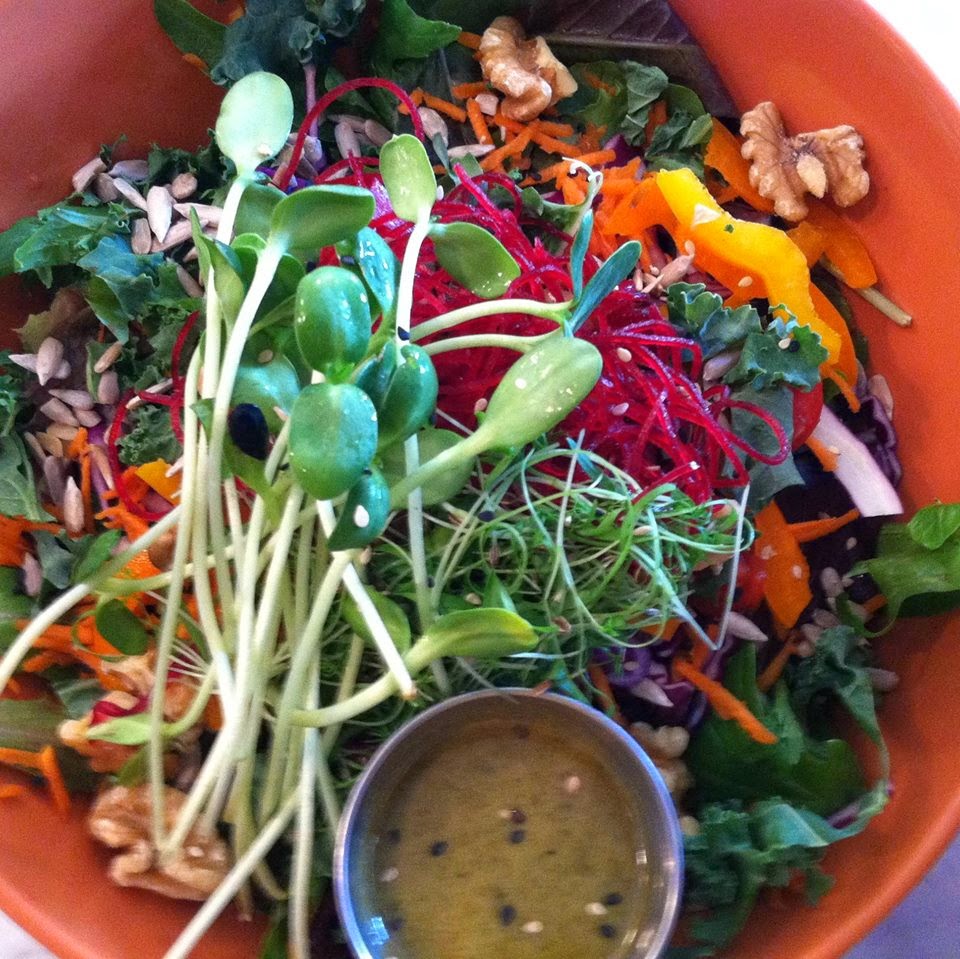 Bee Balm Gal
is the blog of Barbara Conner. I am a retired teacher who likes reading, gardening and knitting. My husband is a writer and we enjoy exploring all that the Saratoga and Adirondack regions of upstate New York have to offer. Thanks for visiting my blog.